ART AND HISTORY DON’T JUST LIVE ON MUSEUM WALLS, THEY LIVE IN YOU. 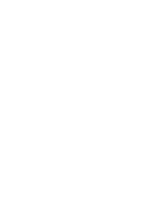 THE CARNEGIE CENTER FOR ART AND HISTORY

The Carnegie Center for Art and History, a branch of the Floyd County Public Library, serves as a cultural resource for the education and enjoyment of the citizens of Floyd County and the surrounding metro area. To fulfill that mission we collect, preserve, and interpret the history and heritage of Floyd County; promote an appreciation of and participation in the visual arts; and preserve the historic Carnegie Library building in which the museum is housed.

Andrew Carnegie, the Scottish-American industrialist, used his vast wealth to fund his passion for free access to education and literacy. In his lifetime he funded thousands of libraries, schools and universities around the world, donating the modern equivalent of more than 76 billion dollars of his fortune.

Indiana is home to more Carnegie libraries than any other state and New Albany is just one town that benefited from Andrew Carnegie’s generosity. Our stunning home was designed by famed Louisville architectural firm of Clark and Loomis, which would later go on to design the Speed Art Museum. Construction on the library began in 1902 and was completed in 1904.

The building served as the town’s library for 65 years. In 1969, New Albany-Floyd County Public Library moved into much larger premises at 180 West Spring Street, where it remains today.

After a major renovation in 1998, the museum was renamed the Carnegie Center for Art and History. The name better reflects our library heritage and mission to protect the historic building, to collect, preserve and interpret local history and to promote an appreciation of and participation in the visual arts.

The Carnegie Center for Art and History stands as testament to the dedication of New Albany’s residents – to preserve our town and our region’s past, to educate our children, and to celebrate the arts.

WE ARE ART. WE ARE HISTORY. WE ARE CARNEGIE.

The Carnegie Center for Art and History is a branch of the Floyd County Library, governed by the library Board of Trustees.

Board of Directors
Carnegie Center for Art and History, Inc.

KEEP UP WITH THE CARNEGIE.